Today marks the anniversary of Alfred Hitchcock‘s movie, Vertigo which premiered in the US on the 9 May 1958 – 62 years ago!

Saul Bass is responsible for designing some of the most striking title sequences in film history, including Anatomy of a Murder, West Side Story, Spartacus, Ocean’s 11, as well as some of Alfred Hitchcock’s most memorable title sequences such as North By Northwest, Psycho, and Vertigo.

But it is probably the film poster for Vertigo, with Bass’ trademark minimalism and striking colour schemes that is most recognisable of his work, even if the average viewer isn’t necessarily aware of who created it. (There has been a debate running for almost forty years as to whether Bass was actually responsible for the most famous film scene  of any of Hitchcock’s films…while that debate may rumble on never to be definitively proved, critics still praise ‘Veritgo’ as Hitch’s best film, and the poster one of the most iconic ever produced. 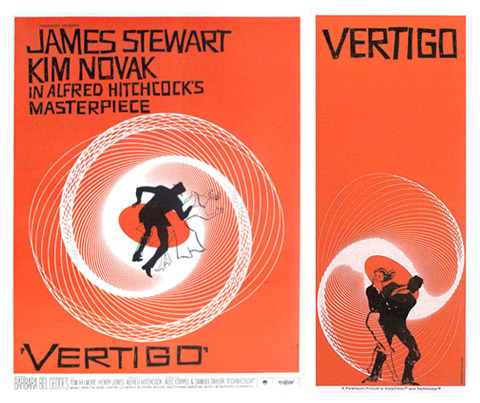 Let other people in on this stuff- they deserve to suffer too...

This site uses Akismet to reduce spam. Learn how your comment data is processed.